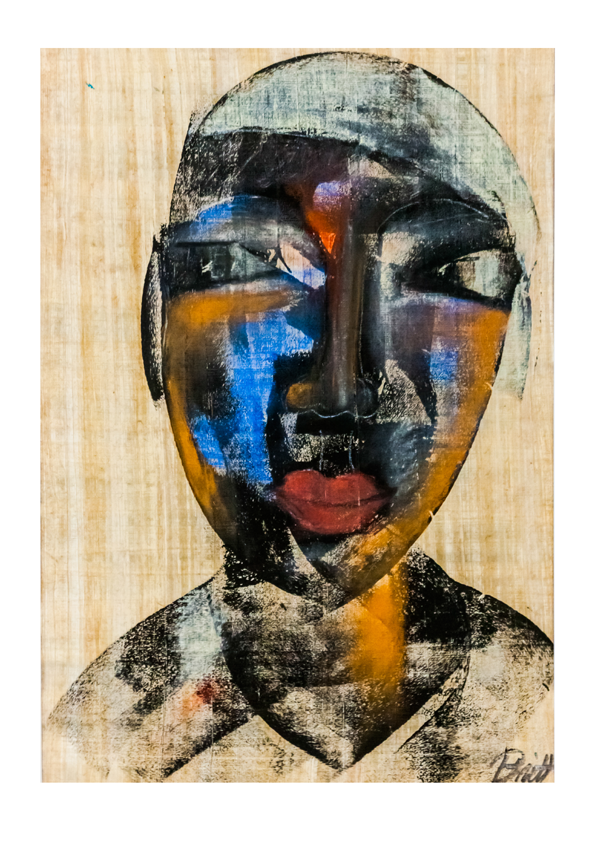 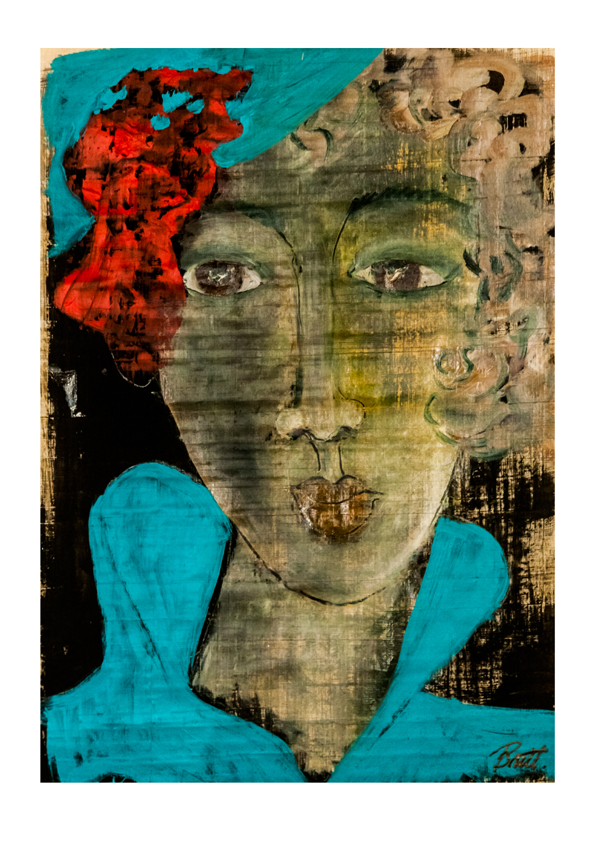 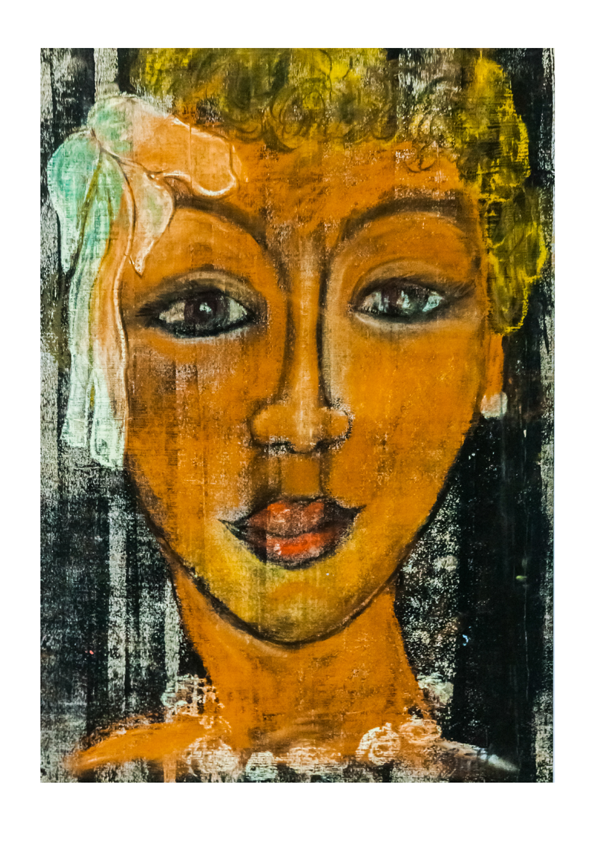 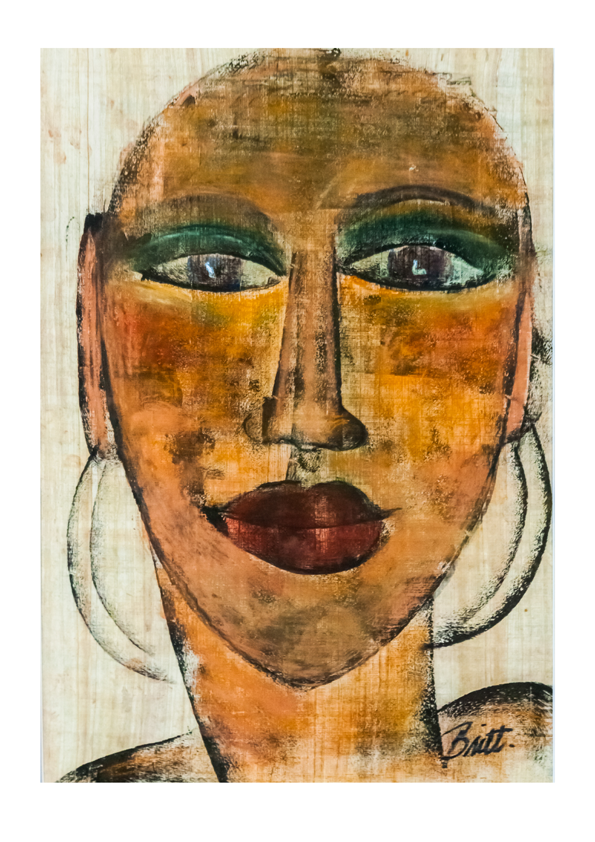 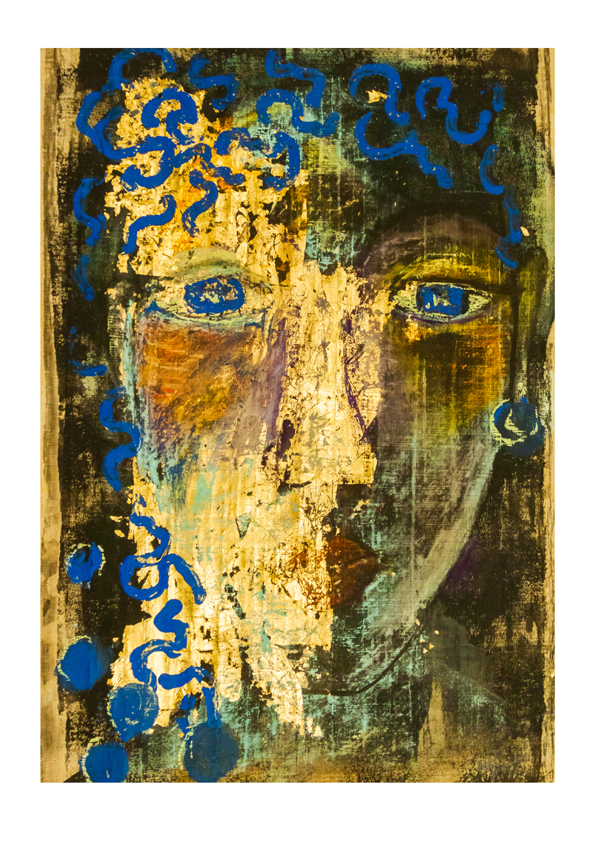 “This is the first time I worked on papyrus. It was a very special experience for me. I liked trying something new. I really loved working on this ancient Egyptian traditional medium.” 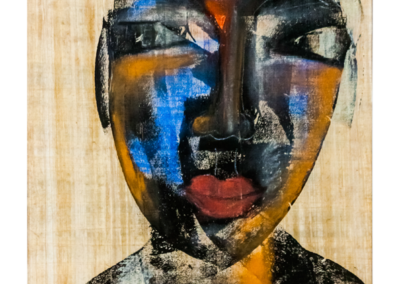 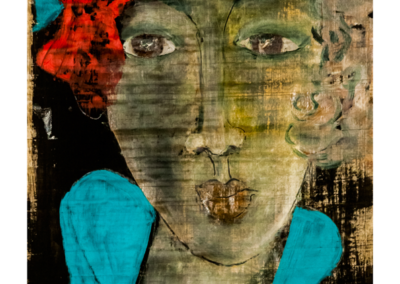 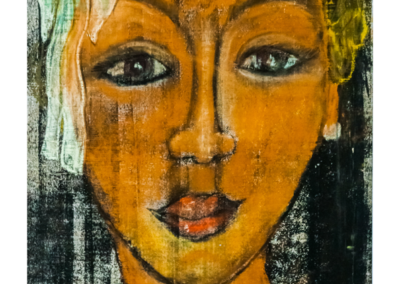 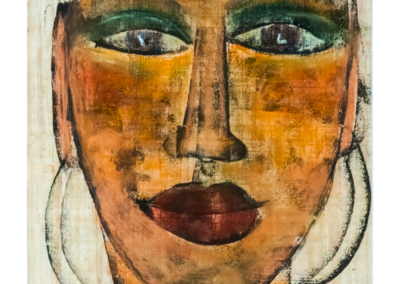 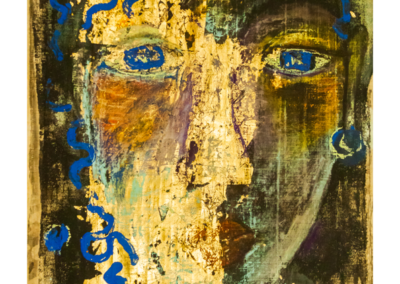 Britt Botrous Ghali was born in Svolvaer, Northern Norway in 1937.

Considered to be one of Norway’s most important artists of this century, she is revered for her enigmatic work, and was awarded the St. Olav’s Order in 1996.

She studied painting and sculpture under Ellen Christensen and Ferdinand Lunde in Oslo in the late 1950s and her earliest work debuted at Galerie de L’Universite in Paris in 1965.

As part of the Abstract Expressionist movement in Europe, she has exhibited internationally with widely-collected works in both private and public institutions.

Spending the last 40 years in Egypt, its rich and intriguing environment has been a great influence in her work.